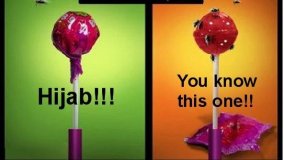 m community, it would be not wearing the hijab. Not a single week goes by where I don’t get stared at judgmentally by family members or asked the repetitive “sister why don’t you wear the hijab” question by the guy with the Gandalf like beard on the off campus shuttle. The most annoying thing; however, would be that most Muslims immediately assume that I don’t wear the veil  because I am ignorant of the religion or “white washed” (I hate that term). Not only is this infuriating, it is also condescending. I’ve noticed by observation that many Muslims (especially the women) don’t know THAT much about the hijab. If you asked them why they wear it, they would tell you that it is commanded by Allah in the Quran or that it is liberating. Most of the time, they don’t know what specific surahs/hadiths mention the hijab. In short, many wear it because everybody says its mandatory. They follow the status quo. I would argue that the hijab is perhaps one of the most misunderstood thing among the Muslim community.
First of all, the hijab does not actually mean “veil”. The word “hijab” in Arabic means barrier. For example, there was a hijab between Allah and Moses when they were conversing in the mountains (surah Taha 20: 9-21). I always interpreted the hijab as something spiritual that barred you from sin. It is a constant reminder of your faith and keeps you in check from committing haram acts. The khimar would be more of an appropriate label for the veil. The word “Khimar” means to cover and it is an absolutely importan

t term to know if you would like to understand the origins of the hijab. The main reason why the hijab is an islamic act is because of the following verse from Surah An-Nur (24:31):

Before the arrival of this verse, women would cover their hair with the khimar but would expose their breast 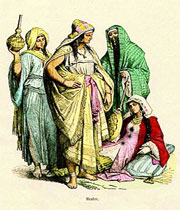 s. This verse commands them to draw their head covers (khimar) over their bosoms and to not show anything except what should naturally appear. As you can see, this verse does not necessarily order women to cover their hair (it’s all about the boobies). It is unquestionably vague, so why is it that a lot of Muslim women cover themselves from head to toe? The answer lies with this hadith:

“Narrated Aisha, Ummul Mu’minin: Asma bint Abu Bakr, entered upon the Apostle of Allah wearing thin clothes. The Apostle of Allah turned his attention from her. He said: O Asma’, When a woman reaches the age of menstruation, it does not suit her that she displays her parts of body except this and this, and he pointed to her face and hands. ” [Sunnan Abu Dawud 32:4092]

Like usual, the hadith clarifies the Quran except this time there is a huge problem. This hadith is inadmissible since there was a missing link in the chain of narration. It isn’t even weak! Its honestly shocking that millions of women are covered head to toe thinking it is mandatory solely based on a vague verse in the Quran and an inadmissible hadith…….
Let me take it a step farther, nowhere in the Quran is the word “hair” mentioned. If any mufti/ sheikh, Imam, or overbearing aunt out there talks to you about covering your entire body, then know that it comes from the hadith. It’s ludicrous that so much of the lives of Muslim women are governed by the hadith even though it came 250+ years after the Quran! Isn’t the Quran supposed to be the last message from God? I leave you with one question: could verse 24:31 be purposefully vague to allow women to interpret modesty according to changing times and cultures?